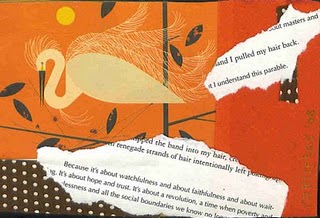 I started the It's Only a Book project on August 25, 2008, and today (February 24, 2011) I'm officially shutting it down, after making 300 pieces of mail art out of pages ripped from copies of my 2003 book, Grace: A Memoir. The piece above was the first one I made for the series.  Two and a half years is sufficient for this project, which began in my frustration with the United Methodist Church for turning its back on its historical and theological commitment to inclusivity.  I am no less frustrated, but something new -- the mailart 365 project -- has come into play; and keeping up with two numbering systems is ridiculous.  (John Wesley, as you may or may not know, was the ultimate pragmatist.)  Thanks to all of those who've kept up with my postings. Keep on keeping up; I'll still use chunks from Grace for mail art sometimes, but I'm stepping beyond the limitations of requiring myself to do so.  Besides, three hundred is the right number at which to stop, being both large and trinitarian.  Stay tuned for continuing developments.
at 11:19 AM

Thanks for dropping by. I'm Mary Jo Cartledgehayes but hang out in the mail art community as Boo Cartledge.

I'm part of the global coterie of artists who reject corporate control of art, artists, and minds. We call it the eternal network and express ourselves in art sent through the postal service (aka mailart). Like the Terminator in the great movies, we never, ever stop.

Send me a piece of mail art, and I'll post it here and send you a piece in return.

This work by Mary Cartledgehayes is licensed under a Creative Commons Attribution-NonCommercial-NoDerivs 3.0 Unported License. 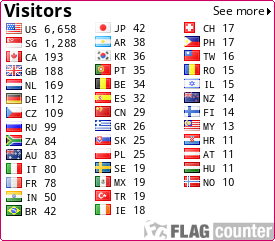